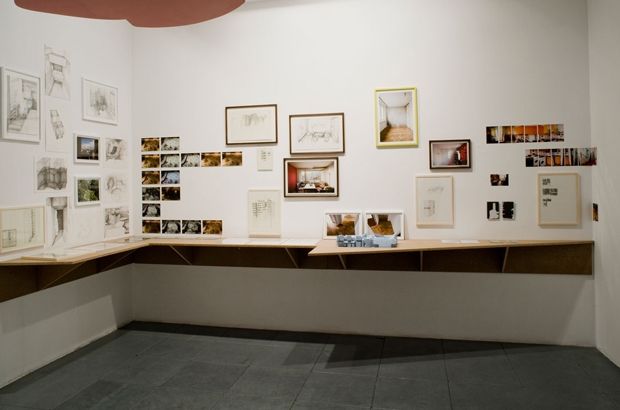 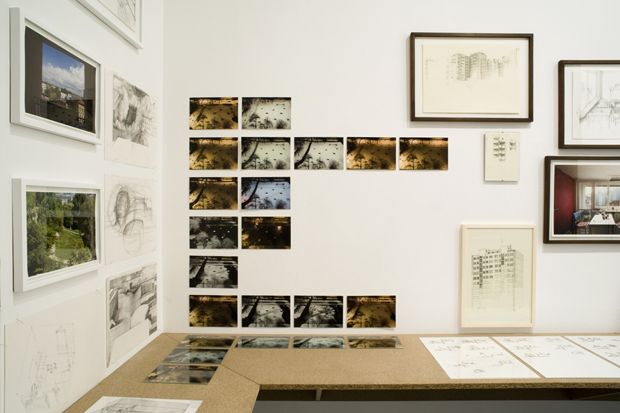 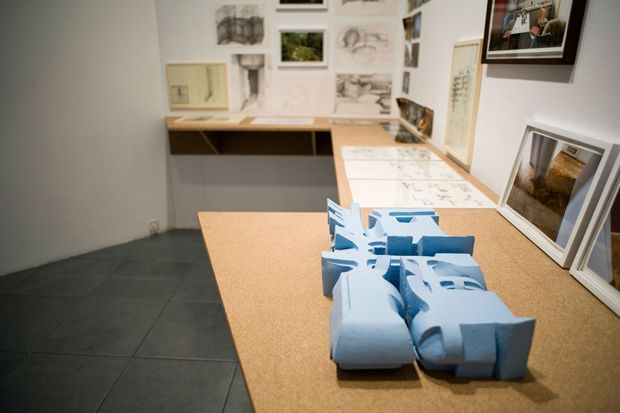 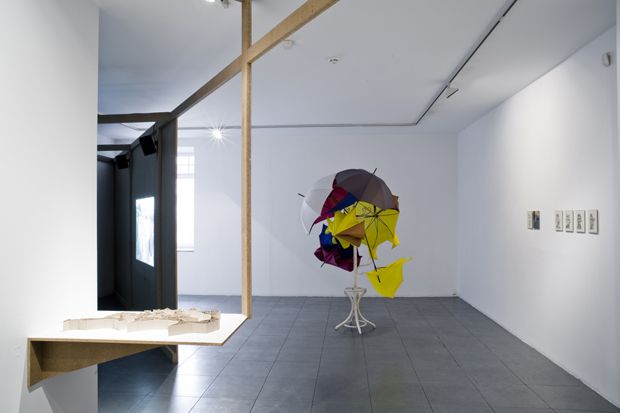 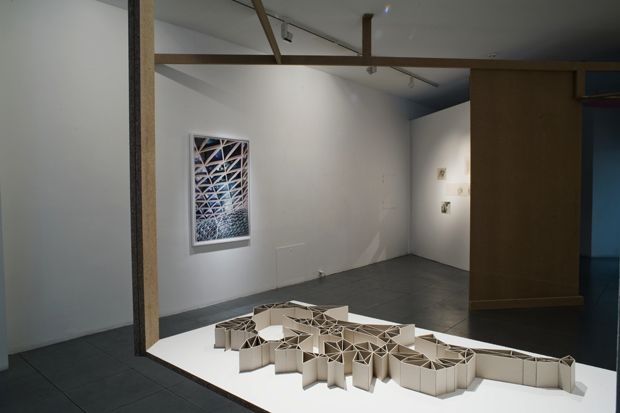 Movement Space is Simone Rueß’s installation comprised of several works which relate to the movement of people and spaces used by people in Warsaw’s urban space. Objects, photos, animations and drawings which refer to Warsaw landmarks (the Dmowski Roundabout, the “frying pan” by the Centrum underground station, the Central Railway Station, the Złote Tarasy shopping mall) build upon observations of the movement of human masses and the ways of deploying space. The artist’s works take on the shape of abstract crystals, space tunnels, and organic forms akin to anatomical organs and botanical fantasies which render clear every detail.

In macro scale, Simone Rueß examines the relations between urban structure and architecture on the one hand and human behaviour on the other, skilfully drawing upon Oskar Hansen’s legacy. Like Hansen, Rueß is attentive to the micro scale, for instance in analysing the way people move around their apartments (“embodied architecture”). The human body and human presence act as a filter for a city made of iron and steel, concrete and tarp.

Simone Rueß comes from Germany and has lived in Warsaw for three years.  The exhibition will be accompanied by a catalogue.

Exhibition supported by the Embassy of the Federal Republic of Germany in Warsaw.