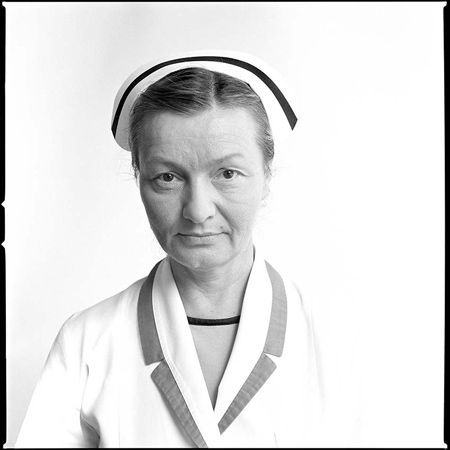 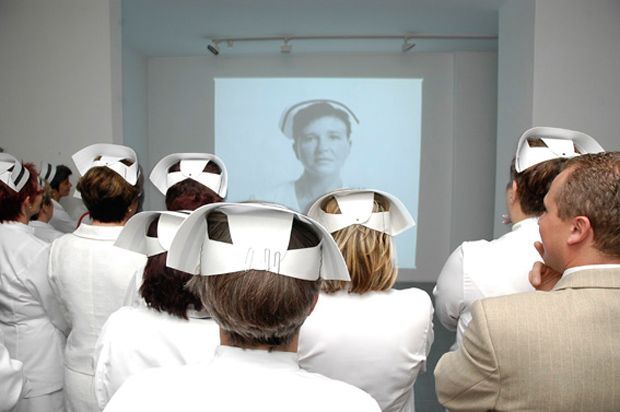 Between June 19th and July 15th 2007 in front of the Council of Ministers building in Aleje Ujazdowskie in Warszawa camped protesting nurses in what was called by media White Town. Determination of the “white sisters” from public health service who fought for their social rights, brought them respect and sympathy of the citizens of Warszawa. The spectacular protest was supported by the public figures as well as well as by the average people. Wojtek WIteska was among the supporters, well know author of artistic photographs and a son of a nurse. With help of a student of the Film School in Łódź, Maciej Niesłony he took (Turing two last days of the protest) more than 150 portrait photographs of the women from the White Town.Black-and-white documentary photo recording shows the very surface of the reality - images of the neat and tidy women camping a fourth week on a Warsaw’s street, while their protest ends in defeat, without expected solutions. On July 10th the representatives of the government stopped all negotiations with the protesters and began their vacations.

On September 5th 2007 Polish parlament passed the bill on "changing the rules concerning the rising of the salaries in public health service”. The bill awaits to be signed by the President of the Polish Republic. It wouldn’t come to this without the prostest of the nurses from the “White Town”.

Curator of the exhibition: Dorota Monkiewicz